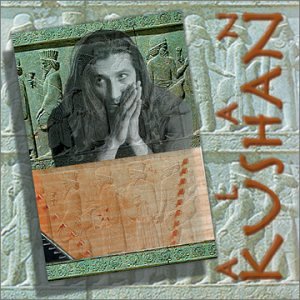 In this album Alan Kushan performs solo Santur pieces, with melodies moving from Persian traditional to Jazz groves. The instrument, which Alan uses, is also his own invention, which is designed after the traditional Persian Santur (hammered dulcimer), an old instrument with a sound box and several sets of strings. Each set usually consists of four strings, which are tuned, in the same pitch, so every four strings, which are supported by individual bridges, would sound the same in multiplied resonance when played with special wooden hammers. Similar instruments exist in different countries all around the world: Chinese Yan Chin, Indian Santur, and also the Rumanian Cimbalom. The structure ultimately is what the soundboard of a later invention, the piano, has been designed after.

Alan Kushan, using strings from Piano, Harp and Harpsichord, from a new and unique instrument designed and hand crafts the sound you hear in "Time Traveler Suite". This instrument creates a bass sound not found in the family of santur, yet Alan has created this instrument using the santur trapezoidal box concept, and plays it using santur hammers.

Alan Kushan is arguably one of the most accomplished santur players in the world. He stands out not only because of his brilliant realizations of traditional Persian compositions, but also for his innovative avant-guard soundscapes. He is not only a builder of Persian instruments but also a virtuoso in performing Persian traditional music. His style, however, is not limited to traditional approaches but it extends itself beyond any such boundaries. He applies his own touch to the music that he performs, a touch which he has developed after experiencing the new trend of music, not only in his native land of Iran, but in the world.