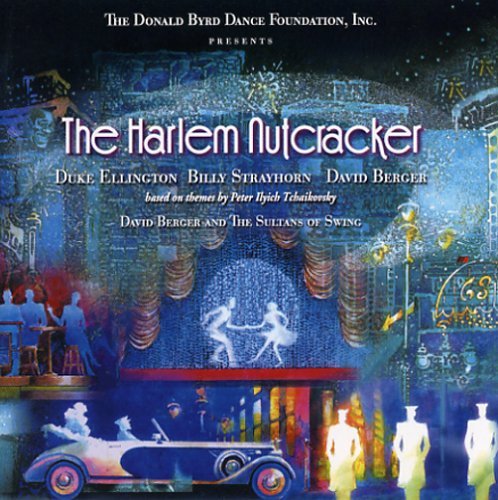 Conductor David Berger leads a full-scale ballet based on themes of Tchaikovsky's classic holiday piece "The Nutcracker," but this version is quite different from the original; it features the music of Duke Ellington, Billy Strayhorn and David Berger performed by a powerful 15-piece band that really swings. The production has been performed in 5 major cities over the last 4 years. (Previously deleted: 2/1/03. Original release date: 7/28/00)

'Nutcracker' Jammin' at the BAM

David Berger, the music director, has added an hour-and-a-half's worth of new material to the half-hour-long suite originally scored in 1964 by Ellington and Strayhorn, and he deserves much of the credit for the success of "The Harlem Nutcracker." -- Terry Teachout, New York Daily News

Berger's arrangements - he has written three-fourths of the music for "The Harlem Nutcracker" - are brash and brawny and extraordinarily articulate in the way they skitter through Tchaikovsky's score, tipping its musical hat, but never slowing down long enough to get bogged down by it. -- David Lyman, Detroit Free Press

Updating 'The Nutcracker' with Multicultural Flair

..."The Harlem Nutcracker" belongs most of all to Berger, who sustains the scintillating dialogue with Tchaikovsky that Ellington and Strayhorn initiated using sections of "The Nutcracker" they never touched. Sometimes the result sounds like a literal jazz paraphrase of Pyotr Ilych, sometimes like a free-form fantasy in which nearly all the original meelodic contours vanish into a swinging blare of instrumental timbres. And...Berger never falters....Once published and recorded, it should inspire other choreographers and other story lines - just as Tchaikovsky did. -- Lewis Segal, Los Angeles Times

Jazz composer, arranger and conductor David Berger is recognized internationally as a leading authority on the music of Duke Ellington and the swing era. Conductor and arranger for the Lincoln Center Jazz Orchestra from its inception in 1988 through 1994, Berger has transcribed more than 300 works by Duke Ellington and Billy Strayhorn and has collaborated on a variety of musical projects with Ellington family members, notably the late Mercer Ellington, director of The Duke Ellington Orchestra, and choreographer Mercedes Ellington

Berger is leader of The Sultans of Swing, a premiere 16-piece swing dance ensemble with vocalist. Berger's compositions and arrangements have garnered the group a diverse list of performance credits that include The Harlem Nutcracker (Donald Byrd/The Group), New York City Ballet, and Swing 46, the only all-swing club in New York.

In addition to writing for the library of swing dance leader Lavay Smith, Berger has written scores for television, Broadway shows, including "Sophisticated Ladies"; films, including "The Cotton Club"; and dance companies, including the Alvin Ailey American Dance Theatre. He maintains a close association with Wynton Marsalis through concerts, tours and publishing, and collaborations on projects for National Public Radio, Public Broadcasting System and Columbia Records. Berger's compositions and arrangements also may be found on recordings and in the libraries of Thad Jones/Mel Lewis, Clark Terry and the late Gerry Mulligan. A seven-time recipient of National Endowment for the Arts fellowships, Berger resides in New York City.

The Sultans of Swing

Acclaimed for its superior musicianship and a sound that is both sophisticated and earthy, the Sultans of Swing creates a natural bridge from the great bands of the 1930s and '40s to the hepcats of 21st century swing audiences.

The 16-piece band includes veterans of the world-renowned orchestras of Duke Ellington, Benny Goodman, Count Basie and Lionel Hampton; these players combine their experience with the new ideas of younger, premiere swing musicians, and the combination is irresistible to swing dancers of all ages!